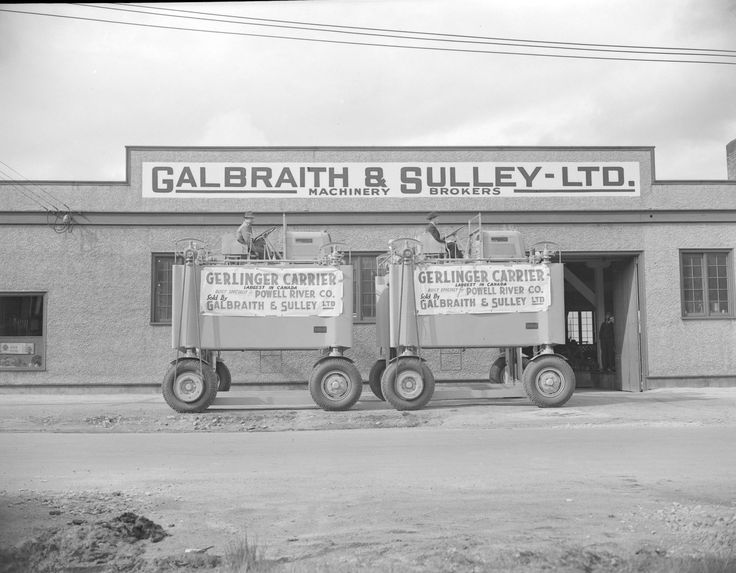 At Gerlinger, we continue to carry on the long tradition of innovation that has been at the very core of our business for over 100 years. With the recent release of our new Gerlinger Tube Bundle Roller (TBR), we further honor the memory of our founder Carl Gerlinger Sr., whose indomitable spirit and creative intellect developed the initial design for an automated lumber carrier that would help put Gerlinger on the map as a business.

While Carl’s lumber carrier acts as an early ancestor to more modern designs like the TBR, his ability to overcome obstacles and 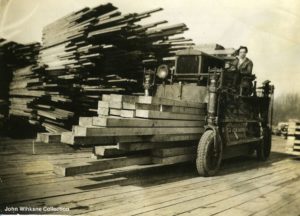 see potential where others may only see adversity acts as an early standard on which the core tenants of Gerlinger were built. The story of our founder demonstrates the remarkable things each of us can accomplish when believe in our abilities and never give up, no matter how challenging or personal the stakes.

Born in the Alsace region of France that borders Germany in 1878, Carl Gerlinger was one of eight children born to George and Matline Gerlinger. Orphaned at an early age, Carl and the rest of the Gerlinger children were forced to grow up quickly in order to make their own way. For Carl, this meant becoming the apprentice to a master machinist in Strasbourg, Germany while still only a teenager.

For years, Carl received no pay for his work as an apprentice, and was often required to work long, hard hours as a means of paying for his education. Determined to start his own successful career, Carl was able to complete his required training and pay off the 300 German gold marks owed for his apprenticeship in just three years so he could start seeking his own employment.

Out on his own in the world, Carl was able to find work as a machine engineer with the Hamburg-American Line, a position that allowed him to travel across the globe. Carl even had the distinction of being on the ship that first delivered parts to Port Arthur for the construction of the Trans-Siberian railroad.

However, Carl’s travels from port to port were not without some peril. After contracting malaria in 1901, Carl was hospitalized in Tacoma, Washington. Fortunately for Carl, his uncle, the capitalist Louis Gerlinger Sr., lived in Portland, Oregon, and was able to aid him in his recovery. Louis was also successful at convincing Carl to remain in Oregon so he could be closer to family and avoid the risks associated with international travel during the turn of the century.

Carl agreed, and once fully healed, he found work at the Albina railway. This experience allowed Carl to eventually take the position as a master mechanic working for the Salem, Falls City & Western Railway in Dallas, Oregon. Now settled, Carl eventually met and married his future wife, Miss Marguerite Bankhauer, with whom he would have five children.

Even as Carl Gerlinger began to enjoy the career and family success he had long worked to achieve, tragedy was right around the corner.

One late afternoon during a day in April of 1908, a piston was brought into Carl’s machine shop for repairs. Assisted by his brother August and an apprentice, Carl began the process of repairing the piston. In order to install a new rod, the shaft of the piston first needed to be heated to help expand the metal.

“Suddenly the head burst with terrific explosion, one fragment tearing a hole in the north wall of the building and falling in a field at a distance of 200 feet, and the other crashing through the south wall and falling near the south east corner of the shop,” reported the Polk County Observer.

As a result of the accident, August Gerlinger was killed, while his brother Carl was severely wounded. Though he would survive the accident, Carl lost his left arm below the elbow, two fingers on his right hand, and his sight. While his doctors were optimistic that Carl would eventually regain his sight, it would take time. 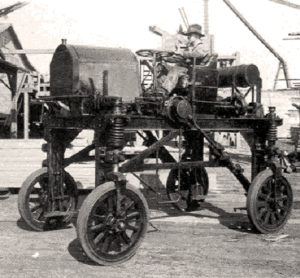 After nearly a full year, Carl was able to fully recover his vision, and began setting his sights on the future. No longer content to work as a machinist, Carl shifted his focus on inventing. By the end of his life, Carl Gerlinger would become a renowned for his invention of the oil distributor, oil retort and spark arrestors for locomotives, log bunks for loading and unloading logs from boxcars, and, perhaps most significantly, the Gerlinger Lumber Carrier.

First built in 1918 and then patented in 1922, the Gerlinger Lumber Carrier was Carl’s most successful invention. The purpose of the lumber carrier was to replace the team of horses typically needed to transport loads of timber from one point to another in a lumberyard. Much like the Tube Bundle Roller we manufacture today at Gerlinger, Carl’s carrier was a boon for increasing productivity while lowering costs.

The invention of the lumber carrier was just one of the many Carl Gerlinger would create in the wake of his brother’s death. While that fateful day would forever stay with Carl, it also enabled him to forge a legacy for the Gerlinger name in honor of his brother and all of the Gerlingers that would follow.